What is Saudi Coffee – Everything You Need to Know in 2022

Saudi coffee is a type of coffee that Arabians brew using Arabian Mocha coffee beans. These beans are grown in the mountains of Yemen and Ethiopia and have a unique flavour that is different from other coffee beans.

Dark-roasted coffee tastes rich and strong. Arabians mostly serve it with milk or sugar to help balance out the bitterness. Saudi coffee is a popular choice for many coffee drinkers. This drink is very popular in traditional Arabic coffeehouses.

This article covers what is Saudi coffee, its history, its origin, and how to make and serve it. Finally, the health benefits are taken into account.

What is Saudi Coffee?

Saudi coffee is made from very coarse ground coffee beans. In small cups, boiling water is used to brew the coffee. According to popular belief, Saudi Arabia, Kuwait, and Qatar produce the best Saudi coffee. The taste of Saudi coffee is strongly bitter. So, Arabians usually serve it with cardamom.

The first recorded evidence of coffee drinking comes from the Arabian Peninsula in the 15th century. Yemeni Sufis were known to drink coffee to stay awake during their nighttime devotions. Coffee then spread to Mecca and Medina and from there to Cairo, Damascus, and Istanbul.

From Istanbul, coffee went to Venice, where traders introduced it in 1615. From Venice, coffee spread to Austria, Germany, and the Netherlands. By 1650, coffee was being grown in India, Java, and Sumatra.

Coffee has now become one of the most popular drinks in the world. More than 50 countries are currently growing this coffee. To your surprise, annual coffee consumption exceeds 400 billion cups.

Some Facts about Saudi Coffee 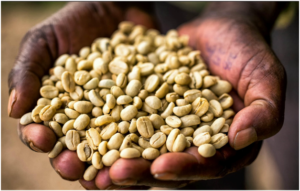 The coffee plant is native to Ethiopia, and coffee was first consumed there centuries ago. From Ethiopia, coffee spread to Arabia and then to other parts of the Muslim world.

Arabians were the first to roast and brew coffee beans, creating a potent, stimulating beverage. Coffeehouses soon became popular meeting places in Arab cities, where people would gather to drink coffee, socialize, and debate the news of the day.

The Arabs were very secretive about their coffee-making methods, and it was not until the 16th century that coffee began to spread to Europe and the Americas.

In Europe, coffee was initially viewed with suspicion by the church, but it soon became popular among the urban bourgeoisie. In the Americas, coffee became an important part of colonial life and was particularly popular in Brazil. Today, coffee is consumed all over the world and is an important part of many people’s daily routines.

How to Make Saudi Coffee? A Quick Recipe

Are you wondering what is Saudi coffee made of? There are many ways to make Saudi coffee, but this is a simple Saudi coffee recipe that anyone can follow. You will need the following:

Now that you have all the ingredients, bring the water to a boil and also add the sugar. Dissolve the coffee powder in a little bit of hot water and add it to the sugar syrup. Add the cardamom powder, ground cloves, and ground saffron, and stir well. Serve hot or cold, with or without milk. Enjoy! 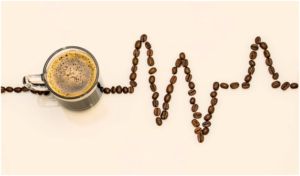 Saudi coffee is becoming increasingly popular in the UK and other countries, as it offers many health benefits:

Arabic coffee has been proven to help people lose weight and also prevent heart disease. Not only does it burn fat, but Kahwa tea also helps with cholesterol levels in the body because of its high antioxidants that fight off free radicals from causing damage inside your cells!

In addition to the benefits mentioned above, Saudi coffee can also help to protect your liver. Arabian coffee beans are high in antioxidants, which can help to neutralize free radicals in your body. Free radicals can damage your cells and also lead to various diseases, such as cancer. Antioxidants can also help to improve your immune system, which can protect you from getting sick.

Saudi coffee is also a good source of minerals, including calcium and magnesium. Calcium is essential for strong bones and teeth, while magnesium helps to keep your muscles and nerves healthy. Both of these minerals are important for overall health, and they can be found in abundance in Saudi coffee.

Where can I Find the Best Specialty Roasted Coffee?

Turkish Coffee vs. Espresso Taste — What is the Difference?

Is Turkish Coffee Stronger than Espresso? Here’s the Answer!

No products in the cart.